Just found out how self-capacitance or parasitic capacitance very annoying.
Let me share the experienced i had with breadboard self-capacitance.
I am driving a relay with a transistor, BC 337 (npn). With my usbasploader
on Atmega8 as my On/Off controller.

Here is the schematic. 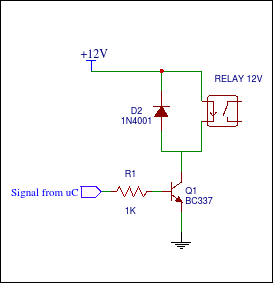 The problem starts to showing. I had arranged all parts as in the diagram above
on a breadboard. When an On signal raised from microcontroller, Atmega8
with usbasploader, to the transistor and the relay starts to make a tick sound,
telling me that it is at "On" state. When the "Off" signal triggered... nothing happens.
The next "On" state nothing happens and so on. It is just turned "On" and hang.
Humm.. after several trials 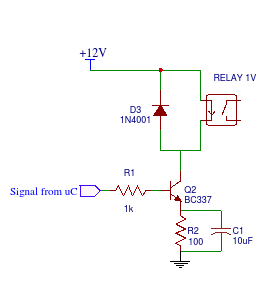 1. Adding a capacitor 10uF at the transistor B-E pins 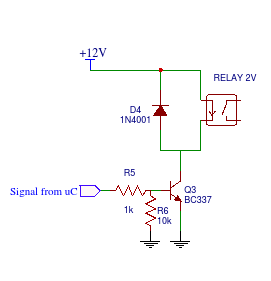 2. Adding a pull down resistor at the transistor Base pin, 10K Ohm.

The trials said above results the same condition whenever the transistor
had been raised to "On" it can not be switched "Off". Aha! I put a LED 1Watt
or a forward-bias diode as shown below figure. 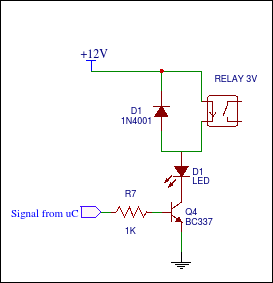 The relay starts to ticking On and Off as expected. And the LED looks dimmed
when the transistor at "Off" state. Now i remembered that i have been warned
that breadboard has stray-capacitance or a well known name parasitic capacitance
and its 10pF. Big enough to hold some voltage to maintain the relay at "On" state. 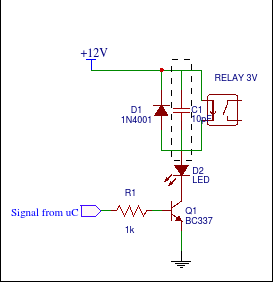 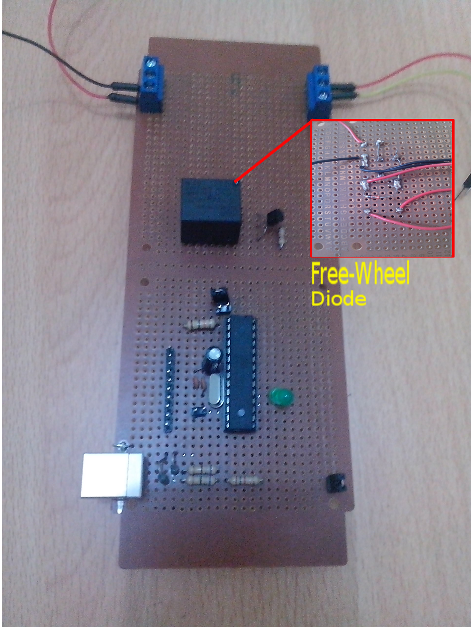 I don't know whether the voltage that were trapped between the "free-wheel"
diode and the relay is oscillating since have no scope to check.But i am guessing it is.
Final summary is that soldered board more accurate, while breadboard still
a good choice to do some prototyping. So do both to make sure everything works
as expected

adesst
saya ini ulet :D I am a worm :D

Visit Dynamic Drive for free, original DHTML scripts and components, all of which utilize the latest in DHTML and JavaScript technology! 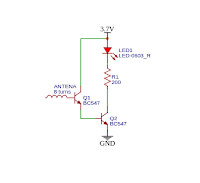